Selenophobia is a feeling of irrational fear or dread of the moon, the evening and its light. All the symptoms suffered by people with this phobia are intensified if they are under a full moon.

The problem can be so severe that affected people, in addition to being afraid to observe it on any evening, are repulsed by the word “moon” or simply by images of it.

To understand what selenophobia is, I will begin with a brief description of the concept of the phobia. Derived from the word Phobos, which means panic. It is an intense and irrational fear of a pathological nature about a person, thing or situation. Phobia is much more serious than simple fear. Those who suffer from it have an overwhelming need to refrain from anything that might cause them anxiety.

Selenophobia is within what are called specific phobias. They are considered a type of anxiety disorder in which a person may experience extreme symptoms of anxiety or experience a panic attack when exposed to an object that causes irrational fear. 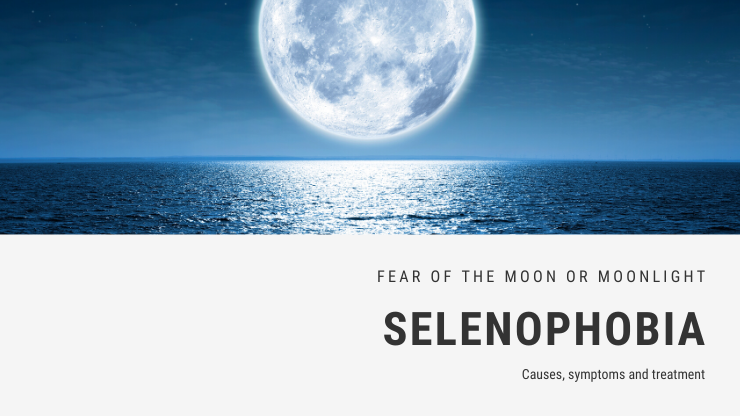 In a person with selenophobia, the simple fact of having to go out at night and face an object that causes discomfort (in our case, the moon) can cause severe physical and psychological feelings of anxiety and panic.

Selenophobia refers to a specific phobia in the type of environment where the fear refers to situations related to nature and atmospheric phenomena such as rain, storms, precipices or water.

Causes of specific phobias, such as selenophobia or moon phobia, usually develop when the child is four to eight years old. In some cases, they may be the result of some traumatic event developed at an early age that caused the phobia.

Also, fear of a relative is a common cause of it in childhood because they learn through vicarious learning…

In the case of selenophobia, the causes that may have caused it are actually unknown. It is not clear whether it is due to some past event or to mediocre learning, although it is true that phobias of the type of environment, of which selenophobia is among them, usually develop in childhood.

Phobias that persist through adulthood rarely go away (only in 20% of cases).

Perhaps the reasons can be oriented to this, usually when we think of the moon, we usually think of its greatness and therefore how great some of the natural phenomena occurring on Earth are. It makes us think about how little people feel in front of it all. This, in a way, may explain this phobia.

To diagnose specific phobias, we have to consider the different diagnostic criteria outlined by the DSM:

The health care provider, before diagnosing someone with a phobia, must carefully evaluate the patient by checking their medical history and performing a complete physical examination. In addition, various psychological tests will be performed to rule out another pathology both physically and psychologically. All this in order to rule out that the symptoms presented are related to another disorder. 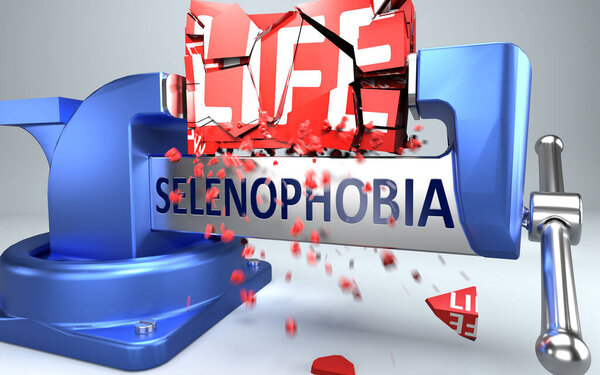 The therapist should always make sure that the symptoms of anxious, distressing or avoidant behavior in relation to the moon are not caused by the presence of another mental disorder (OCD, post-traumatic stress disorder, separation anxiety disorder.) , social phobia, agoraphobia or agoraphobia disorders without a history of agoraphobia disorder).

If the family doctor suspects or believes the patient has a phobia and it is serious enough to affect the normal functioning of his life, he should refer him to a psychiatrist or psychologist. The medical professional, using various methods and assessment tools, such as psychological tests, will be able to assess the patient’s current situation and, if necessary, initiate follow-up treatment.

Consequences of a phobia

To give you a better understanding of the effects a phobia can have on the person suffering from it, I will go on to describe what is going on in the body:

It should also be noted that large changes in a particular phobia, as in the case of selenophobia, can cause a person to leave only the nights of the new moon (when the moon is not valued). This greatly disrupts his normal life, especially limiting him in his social or work life, preventing him from performing night work. 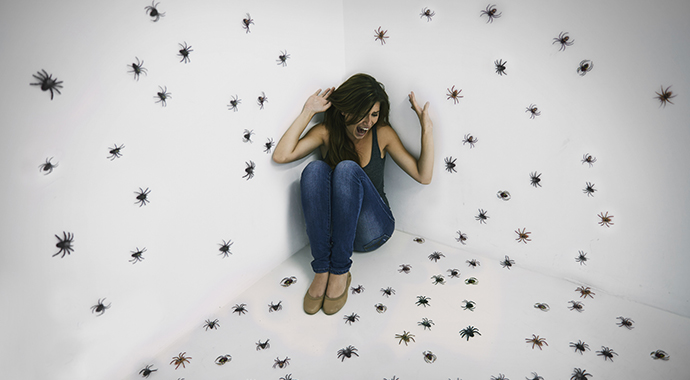 Selenophobia requires treatment or therapeutic support, for which there are various methods of treatment. In the following I will explain each of them:

Other alternative therapies include Bach color therapy, books and self-help groups, and hypnosis. The use of psychotropic medications is not usually recommended in the treatment of phobias because, although it may alleviate the symptoms of anxiety, it does not eliminate the problem. In any case, if anxiety symptoms need to be reduced, the most useful pharmacological treatments for this phobia are serotonin reuptake inhibitors. 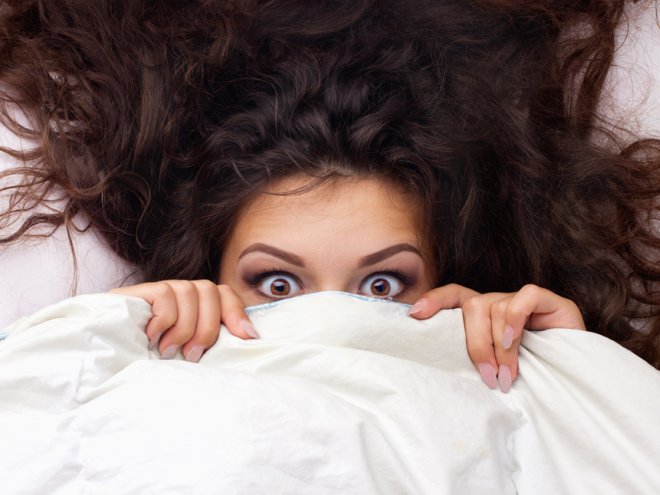 Some treatments are able to make changes in the brain, replacing memory and pre-existing reactions with more adaptive behavior. Phobias are irrational phenomena; the brain reacts to a stimulus.