What is phobophobia and what are its symptoms?

» What is phobophobia and what are its symptoms?

Phobophobia is the fear of phobia, the fear of being afraid. Unlike all other phobias, it is not connected with a certain object, situation or activity. It is provoked by the horror of a once experienced feeling of intense anxiety, a feeling of helplessness and hopelessness, it is a fear “closed in on itself”. Phobophobia occurs in people who suffer or have suffered from other phobias or have experienced one or more panic attacks. The diagnosis is established on the basis of the history of illness and the patient’s complaints. Treatment – psychotherapy, drug therapy.

Phobophobia is a fear that stands alone among other phobias. Unlike all other phobic disorders, phobophobia is caused not by some external objects or circumstances, but by the thoughts and feelings of the patient himself. The absence of concrete situations, which can be controlled by avoidance or gradual immersion, depending on the inner readiness, often provokes a generalization of the fear. Over time, the need to monitor the state of the emotional and mental sphere turns into a dominant one, which considerably limits the patient’s opportunities in all spheres of life. The treatment of phobophobia is performed by specialists in the fields of psychiatry, psychotherapy and clinical psychology.

Phobophobia depends on the specifics of the perception of fear and its fixation in the memory of the patient. Patients usually associate their fear with some external object (open space, closed space, dogs, spiders, etc.) when encountering a frightening situation. In phobophobia, an intense, inexplicable, excruciating, uncontrollable inner sensation becomes the main memorable element. Since phobophobia is “not attached” to external objects, it subsequently exists autonomously and depends only on the emotional state of the patient.

Many other fears can hide behind the fear of being afraid. Some patients suffering from phobophobia are most afraid of re-experiencing the sensation of terror. Some are worried about their own health, since a phobophobic attack is accompanied by marked autonomic reactions that can resemble choking, heart attacks and other life-threatening conditions. Still others worry about the state of their own sanity. Some fear losing control and doing something embarrassing or inappropriate in front of others.

Five are worried that during a phobophobic attack, a situation may arise that poses a real danger to life (for example, if the patient is at high altitude, driving a car, etc.). Often, several such fears are combined, with one fear, such as the fear of going insane, acting as the main one, and the others shading and supplementing the “general picture” of phobophobia. Sometimes, alternating activation of different fears can be observed depending on the circumstances: for example, the patient is afraid to die of a heart attack when alone and in public – to be embarrassed in front of others.

Phobophobia is characterized by painful, intrusive, extremely unpleasant memories of experiences. The memories can be triggered by a variety of circumstances: various external situations associated with an environment in which the phobophobe has experienced anxiety and fear; scenes from books and films; emotional states similar to those that preceded the first phobophobic episode; random words from an interlocutor, etc. The more the phobophobic patient tries to deny himself unpleasant memories, the more often they reappear.

Feeling powerless from the inability to control their own thoughts and memories, many phobophobic patients try to replace them with control over the outside world. It is possible to form a complex system of rituals, which often goes unnoticed by others. Due to the absence of a specific object of fear, there is a more pronounced tendency to generalize avoidance compared to other phobias. A phobophobic patient may be afraid of a claustrophobic attack when riding in a car, an aerophobic attack when flying in an airplane, a sociophobic attack when communicating with another person, etc. Uncertainty and a great number of “potentially dangerous” situations force the patient to considerably limit himself in all spheres of life.

Phobophobic patients often connect their fears with anxiety about their health. When describing anxiety attacks, there may be an emphasis on autonomic symptoms or impairment of the perception of oneself and the world. Patients suffering from phobophobia complain of palpitations, shortness of breath, weakness in the legs, dizziness, discomfort in the stomach, nausea and sudden urge to urinate. Some phobophobic patients experience a loss of a sense of reality, a feeling of loss of control over their own bodies, “emptiness” in the head, a constriction of the field of vision and other visual distortions. These symptoms cause fear of dying, going insane or losing memory.

Imagined images of the tragic consequences of a phobophobic attack provoke a release of adrenaline, which affects the activity of the autonomic nervous system. The body goes into an evolutionarily determined “fight or flight” mode of functioning. The pulse and breathing become more frequent, the tone of smooth muscles located in the walls of hollow internal organs (stomach, intestines, bladder) changes. This entails the appearance of the above unpleasant physical symptoms. Thus, thoughts and feelings of a phobophobic patient turn into a kind of self-fulfilling prophecy, conditioned by the physiological mechanisms of regulation of the body’s activity.

As it generalizes, there are more and more situations provoking the occurrence of a new phobophobic attack. Any bodily sensation can be the trigger for the development of an attack. The attacks start to be provoked not only by negative emotions, but also by positive ones. The longer the phobophobia lasts, the more frequent and more intense the attacks become. Fear is accompanied by other psychiatric disorders: depression, generalized anxiety disorder, obsessive-compulsive disorder. Some patients with phobophobia, in an attempt to normalize their mental and emotional state, begin to take alcohol and various medications. Alcoholism, abuse of benzodiazepines, and sedative-hypnotics may develop. 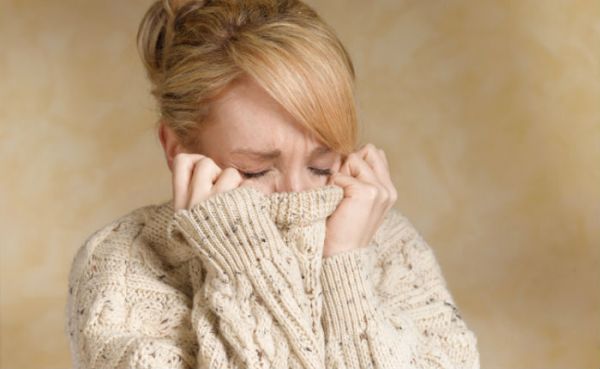 Diagnosis and treatment of phobophobia

Diagnosis is made on the basis of anamnesis, complaints of the patient and results of psychological testing. The Beck, Hamilton and HADS Anxiety and Depression Scales, the Zang Self-Assessment Anxiety Scale and other psychodiagnostic procedures are used in the process of diagnosing phobophobia. If somatic pathology is suspected to be responsible for these symptoms, the phobophobic patient is referred for consultation to a general practitioner, endocrinologist, neurologist, cardiologist and other specialists.

The treatment plan is drawn up individually, taking into account the condition of the patient, the presence or absence of other psychiatric and somatic conditions. Accompanying depressive disorders, high level of anxiety, psychological exhaustion and lack of inner resources for psychotherapeutic work are indications for the prescription of medications. For phobophobia, beta-adrenergic receptor blockers, benzodiazepine tranquilizers, tricyclic and serotoninergic antidepressants are used most frequently.

The medications address the symptoms but not the causes of phobophobia. After withdrawal of the medications, the fear of fear usually returns, so pharmacotherapy cannot be considered as the main treatment for phobophobic disorder. Various psychotherapeutic techniques are used to eliminate the causes of phobophobia: cognitive-behavioral therapy, rational therapy, psychoanalysis, hypnosis, neurolinguistic programming.

The prognosis depends on the severity and duration of phobophobia, the presence or absence of other mental disorders, personality maturity, level of motivation and other factors. In the absence of severe addictions or other mental disorders, with sufficient motivation and readiness of the patient to work actively together with a psychologist or psychotherapist, in most cases it is possible to achieve significant improvement or complete disappearance of symptoms of phobophobia.