Fear has a special significance in human life. This feeling is capable of throwing an individual out of balance, disorganizing his or her life activities. Therefore, phobias caused by fear of something are quite diverse. Among them is heliophobia – fear of the sun and sunlight (from the Greek helios – sun and phobos – fear).

This disease affects a small number of people, about 1% of the population. Adequate therapy can completely get rid of the sinister disorder. When treatment is delayed, serious consequences develop, dangerous for the health and social activity of the person.

Fear of the sun with heliophobia has an unfounded, irrational nature, that is, it does not carry a real threat. Such fear is capable of being born in the mind of an individual under the influence of several reasons:

If the child suffers a severe heat stroke with hallucinatory phenomena, formation of a phobia is also possible. But in this case, the child perceives the sun as something fantastic and unreal.

Fear of the sun a person may be instilled in childhood and parents, terrorizing his child about putting on a panama, systematically instilling that if you go out without it, the child risks being burnt to a crisp.

The girl developed heliophobia after her thyroid tumor was removed. Afraid to reacquire a malignancy, she went to extremes.

With heliophobia there is no real danger to the person from the sun. The problem is created by the very behavior of the patient, limiting his vital activities, which leads to undesirable consequences. 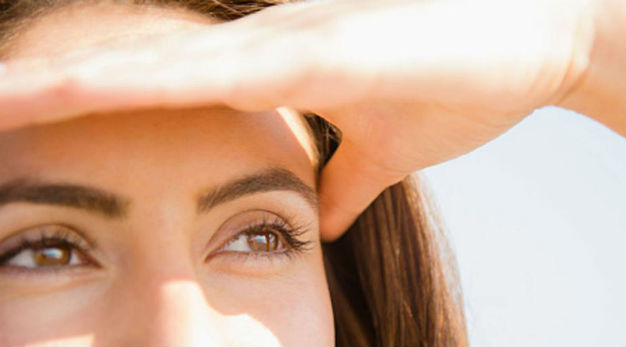 By limiting exposure to the light, a person risks getting vitamin D avitaminosis, because the latter is synthesized in the human body under the influence of insolation. This means that he will soon experience malfunctions in the body, leading to:

Often in heliophobia, the patient’s sleep and wakefulness patterns are disrupted: he or she is active at night and sleeps during the day. Such a regimen slows down the production of melatonin, since the hormone is synthesized during certain hours during sleep: between 24:00 and 5:00 a.m.

Melatonin is vital to the human body because it is involved in many processes. This hormone regulates the endocrine system, biorhythms, affects mental, physical activity. It controls our emotions, regulates blood pressure, controls the work of the whole body. Consequently, if melatonin synthesis is disrupted, its functions and control are lost.

As for the social life of the heliophobe, isolation from society, being in a closed space leads to a breakdown of friendships and business connections, to complete isolation. Against the backdrop of loneliness, depression flourishes. A person is in a constant state of tension and fear. In this case, the phobia of light is capable of reaching delusions.

A frequent consequence of the disorder is the development of other phobias:

The main sign of the disease is a restriction or complete refusal to stay in the sun. In this case, the person is almost constantly indoors during daylight hours and does not leave his or her dwelling. 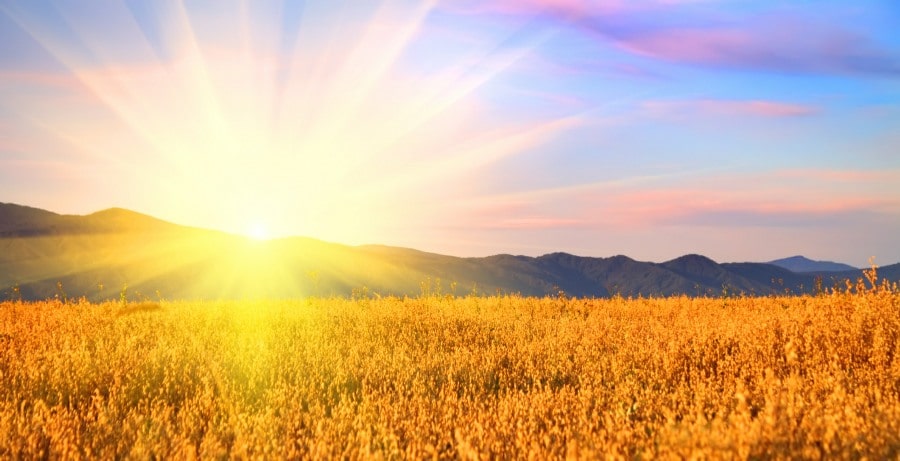 The severity of destructive behavior depends on the degree of the disorder. With a mild form of heliophobia, the patient still allows himself or herself to go outside during daylight hours. But, naturally, with a full arsenal of protective means: the eyes are secured with glasses, and clothes are worn so as to conceal the exposed areas of the body as much as possible. What is not covered up is covered up with auxiliary means: gloves, scarves, scarves, hats. In this outfit a person goes to work, to the store, anywhere.

In the initial stage of the disease, the individual goes out in the daytime under an umbrella, applies sunscreen in large quantities.

As the process progresses, it causes avoidant behavior to form. The individual goes outdoors less and less frequently during the day. Creates semi-darkness in the apartment, protecting himself from the sun’s rays: he hangs up the windows with blinds, blankets. Chooses work which requires nighttime activity.

Panic attacks are a typical accompaniment to the disorder. On the whole, heliophobic person is an ordinary person, with clear consciousness, sound thinking, realizing the absurdity of his position. But as soon as he inadvertently enters the insolation zone, his consciousness seems to shut down. Stupor, panic, and chaos set in. The patient feels trapped. Attention dissipates, and it is difficult to make a constructive decision. Tachycardia develops, there is a feeling of suffocation, trembling throughout the body, and cold clammy sweat comes out. The condition is accompanied by unbearable headaches. Anxiety and fear are so pronounced that they provoke a powerful release of adrenaline, triggering all the symptoms of a panic attack. Nausea, vomiting appear, loss of consciousness is possible. There is only one desire left: to run to safety.

You can help the panic attacker by taking him into the shade, if there is no way to go indoors.

Do not get mixed up!

Heliophobia, as a separate phobia, is formed as a mental disorder devoid of any real health threat.

A pure phobia should not be confused with a fear of light caused by specific diseases:

In all of the above cases, heliobesity is justified, bringing real bodily suffering to the patient. For medical purposes, these pathologies even require photo-restriction. They cannot be regarded as mental heliophobia, which is worth considering when diagnosing the disease. 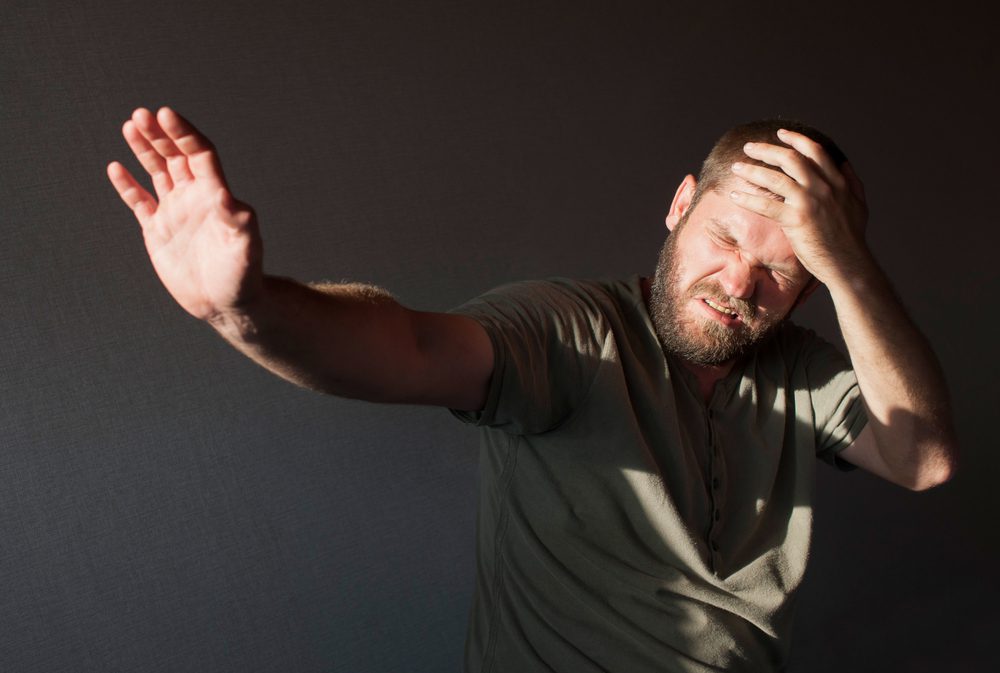 Light phobia can also manifest as part of other psychiatric disorders. A typical example is schizophrenia. However, in this case, the phobia has an unrealistic character – the patient is afraid of going out in the sun, justifying it by the fact that he will turn into a black person.

Another patient had a dream in which his relatives were afraid to go out into the light, since in doing so they decreased in size. The dream provoked the formation of sun-phobia, due to which the patient for a long time cardinally restricted leaving the house.

Heliophobia requires professional help, especially at the initial stage of treatment. Therapy of the disease is performed on an outpatient basis. Hospitalization is rarely necessary when the situation reaches a critical point.

Treatment of the disorder primarily comes down to the use of psychotherapeutic methods: 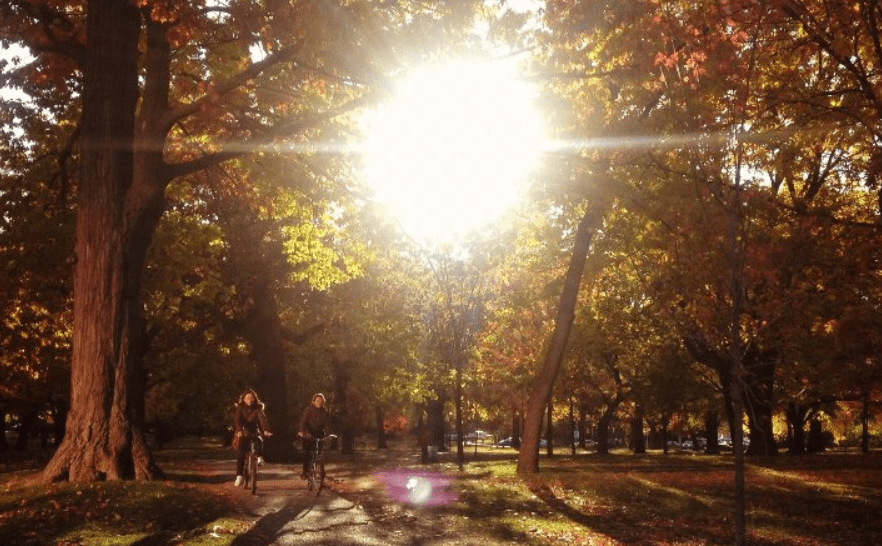 Medication treatment is involved in individual cases. For depression, antidepressants are prescribed. To relieve panic attacks, the patient is necessarily prescribed anti-anxiety drugs. To relieve emotional tension, sedatives are used.

Most heliophobes take vitamin D to alleviate the developing hypovitaminosis or compensate for it with nutrition.

Heliophobia is a psychiatric disorder with a favorable prognosis. Stopped at an early stage, the disease goes away without a trace. The neglected form is dangerous, since it causes disturbances in the mental activity of the patient.